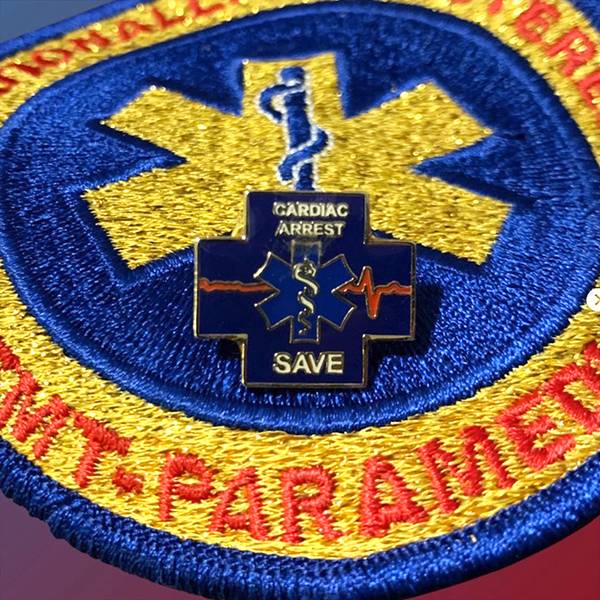 A Cardiac Arrest Save

Many would argue that there is no greater achievement for a paramedic than restarting someone’s heart that had stopped beating.  I tend to agree.  The idea that you may help someone back to life so they can spend more years with their family and friends is something truly special. This personal experience as a Sonoma County Paramedic made a lasting impression on me:

It was December 2012. The 9-1-1 medical system in Sonoma County was busy and ambulance levels were low all day. In the late morning, as we were driving out to post on the east side of Santa Rosa for coverage, a call came in from a woman on the freeway who was driving her father to the Kaiser Santa Rosa emergency department from Healdsburg. He had been feeling ill all morning, so he asked her for a ride to the ED. About 15 minutes into their 20 minute drive, he became dizzy and appeared to be going in and out of consciousness, so his daughter called 9-1-1. Then shortly after, he lost consciousness completely, so she pulled over to the side of highway 101 and waited for help. A Rincon Valley Fire District EMT-staffed engine crew and our paramedic ambulance were dispatched to the call immediately. As we responded to the call, the notes in the computer were being rapidly updated by the dispatch center. “Driving father to Kaiser… he is dizzy… pulling over to the side of the freeway… appears to have lost consciousness… he is changing color, turning grey…” My immediate thought when reading the notes was “this is a cardiac arrest”. My partner and I began to mentally prepare for the scene we would arrive on momentarily.

As we arrived on scene, we found the fire crew pulling the gentleman out of the vehicle and onto a backboard so they could begin CPR. At this point, several minutes had likely passed since his cardiac arrest, so efficiency was of the utmost importance if we were going to have a chance of getting his heart beating again. As CPR was in progress, we placed him on the cardiac monitor – ventricular fibrillation. One shock was delivered and we loaded him into the ambulance. As we were only several minutes away from Kaiser Santa Rosa, we continued CPR and began driving. I started an IV, we managed his airway, and got our first round of medications on board. Two minutes later – monitor check – still in ventricular fibrillation, so a higher energy shock was delivered. Resume CPR… Two minutes later, as we pulled into the parking lot and toward the ambulance bay, our next rhythm check revealed the patient had a normal cardiac rhythm and a pulse to match. He was now beginning to move and breathe independently again. We had reversed the cardiac arrest and achieved return of spontaneous circulation (ROSC).

We turned over patient care to the ED staff and their team leapt into action to begin stabilizing him and looking to identify the cause of his cardiac arrest. As I finished typing my report, I went into the patient’s room to check on him and found him sitting slightly upright in bed with his daughter at his side. He was awake, talking, and seemingly a different person than we had found on the side of the road just 45 minutes prior.

Two weeks later, after extensive testing and ultimately having an implanted defibrillator placed, the gentleman was discharged home in stable condition. He was found to have a previously undiagnosed genetic heart condition, which caused him to have a near-fatal arrhythmia and resulting cardiac arrest. He was 65 years old. He now gets to resume his life as a husband, a father, and a grandfather.

While not every call can go as well as this one did, we must train and be prepared as if it may. Early recognition, CPR, and defibrillation saved this man’s life. It is real world experience like this that will help us train you to be the best responder possible when people are relying on you.

Basic life support, including early CPR and defibrillation, is the key to a successful outcome when someone is in cardiac arrest.  If we practice and adhere to the fundamentals, the likelihood of success is much higher.

Whether it’s your first or tenth CPR class, there is always potential to be a better provider. While these scenarios may seem intimidating, with proper education and training, anyone can perform CPR and help save someone’s life.

Learn more about how to perform CPR, how to use an AED, and how to save a life by taking one of our CPR or CPR and First Aid classes.

Lifesaving Naloxone For Our Community

What is an AED?

Do You Know How To Perform CPR?

What is CPR and Why Do We Do It?

A Cardiac Arrest Save

We’d love to hear from you! Please fill out this form to let us know how we can help. We respond quickly to all inquiries.

Build Your Own CPR Class Inquiry

Complete this form to obtain a quote or schedule a “Build Your Own CPR Class”.  We respond quickly to all inquiries.

Fill out this form to get a quote or more information about AEDs, AED accessories, and AED management. We respond quickly to all inquiries.

Want a class at your location?  Fill out this form to get a quote for a private individual or group class. We respond quickly to all inquiries.